The German Interior Ministry wants to stop migrants ever reaching Europe’s Mediterranean coast by picking them up at sea and returning them to Africa, the Welt am Sonntag newspaper reported on Sunday.

In what would be a huge shift for a country with one of the most generous asylum policies, the ministry says the European Union should adopt an Australian-style system under which migrants intercepted at sea are sent for processing at camps in third countries.

“The elimination of the prospect of reaching the European coast could convince migrants to avoid embarking on the life-threatening and costly journey in the first place,” the paper quoted a ministry spokeswoman as saying. 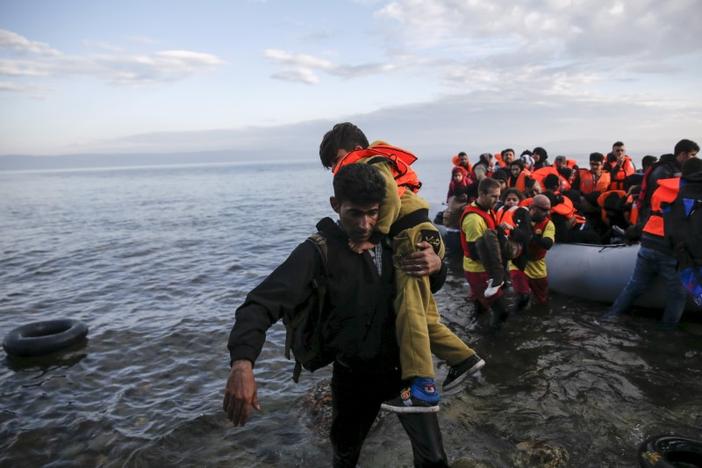 “The goal must be to remove the basis for people-smuggling organisations and to save them from the life-threatening journey.”

The ministry’s proposal calls for migrants picked up in the Mediterranean – most of whom set off from conflict-torn Libya – to be sent to Tunisia, Egypt or other north African states to apply for asylum from there.

If their asylum applications are accepted, the migrants could then be transported safely to Europe.

The ministry is headed by Thomas de Maiziere, a member of Chancellor Angela Merkel’s conservative Christian Democrats. Merkel has been under fire for her open-door refugee policy, with her party losing votes to the anti-immigration Alternative for Germany (AfD) party in recent regional elections.

The ministry said there were no concrete plans or discussions at EU-level about the proposal, but opposition politicians condemned the plan.

Bernd Riexinger, head of the opposition Left party, said it would be “a humanitarian scandal and a further step toward elimination of the right to asylum,” the paper reported.

He said asylum applications should be filed in Germany to ensure applicants had access to legal help and he called Australia’s treatment of migrants “absolutely unacceptable”.

More than 2,200 migrants were rescued in the Mediterranean in a single day on Saturday and 10 bodies were recovered, Italy’s coast guard said.

The International Organization for Migration said last week that 159,496 people had reach Italy by sea this year and 4,220 died trying – a sharp increase from 3,777 in the whole of 2015.

‘Nigeria’s on path of industrialisation’ – Dangote